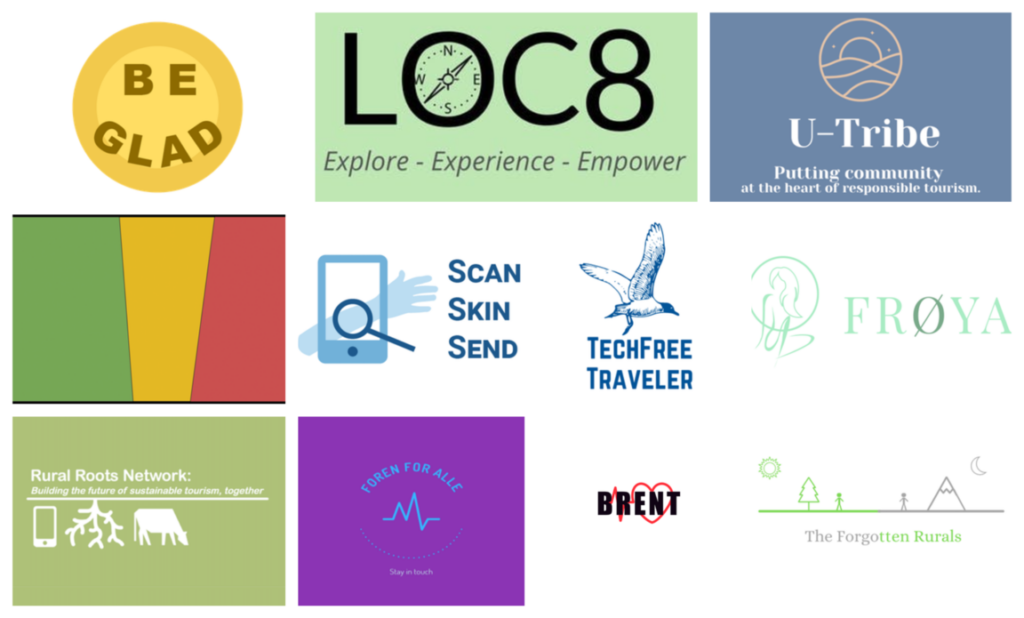 On the weekend of 19-21 March 2021, the Think Rural, Think Digital, Think Ahead event brought together young people aged 18-25 from all over the North Atlantic region for a virtual youth hackathon. Focusing on two main themes — digital health and rural tourism — 11 teams of young entrepreneurs worked together in an exciting competition to come up with innovative ideas for a better North Atlantic region. The winning ideas were an on-line health coach and a platform for sustainable tourism. The 31 participants were divided into teams of up to four and had 48 hours to find a good idea, a solution or a product for the North Atlantic region. The event was organised by NORA in collaboration with the Nordic Council of Ministers and partners from Scotland, Maine and Ontario.

Public health is important to all communities, and, during the pandemic, it was a primary concern for top-level decision-makers, making it an obvious choice for one of the hackathon’s challenges. Long distances, low population density, lack of qualified health workers in the immediate area and an unbalanced demographic composition are a fact of life for rural communities, but these factors put pressure on healthcare services, and this makes them ripe for disruption in the form of innovative and community-oriented solutions. The hackathon’s digital-health challenge asked participants to address head on the healthcare situation in the North Atlantic, both during and after the pandemic. Five of the participating teams chose to work with this topic.

The winning idea was an app that will help people with irritable-bowel syndrome to identify eating patterns and foods that can help them keep their symptoms at bay. The idea was developed by a team of participants from Canada, Scotland and Norway. The jury found that the idea had a highly user-centred design that personalised the advice and expanded the use of technology. The team won 40,000 kroner and was invited to participate in a 12-week accelerator programme for further development of the idea.

Second place went to the Scan, Skin, Send project. The idea was developed by a Scottish participant as an on-line tool to make it easier and faster to diagnose skin problems.

Third place went to Frøya. Developed by a team of three from Canada and Norway, the project’s idea involved an app to help women in rural areas get appropriate and timely advice and help during pregnancy.

Tourism is a major source of income, jobs and cultural exchange in the North Atlantic. The industry struggled during the pandemic, and restrictions imposed to contain Covid-19 had significant economic and social consequences, which led the hackathon’s organisers to make one of the challenges how to revive and renew the industry after the pandemic — while at the same time making it more resilient and sustainable. A green and sustainable tourism industry is crucial for the Nordic region to achieve its goal of becoming the most sustainable and integrated region in the world by 2030. Hackathon participants were encouraged to come up with ideas that had the potential to create jobs — preferably year-round jobs — in the region. Six international teams participated in this category.

The winning idea was the Rural Roots platform for climate-conscious travellers. Rural Roots connects environmentally conscious consumers with rural entrepreneurs who want to contribute to the green transition by offering coupons to visitors to rural areas. A portion of each sale is invested in climate initiatives in the areas where the coupon is redeemed. The platform makes it possible for travellers to experience local handicrafts, while also giving them the satisfaction of knowing they are contributing to the community’s transition to sustainability. The winning idea was developed by a team from Scotland and Norway. In addition to receiving 40,000 kroner in prize money, the team was invited to present its idea at a conference for regenerative tourism in the Faroe Islands in October 2021.

Second place went to an idea titled Rural Lights. Developed by a team of three from Scotland and Norway, the idea involves creating an app that will help people to respect the interests of landowners when using nature for recreational purposes. One of the aims of the app is to improve communication among interest groups in the hopes that being better informed will reduce the risk of conflicts.

Third place went to Loc8. An idea developed by a team of four from Greenland and Scotland, the Loc8 app seeks to cultivate a relationship between communities and the people who visit them by giving the visitors good experiences that have a positive, sustainable impact on the places they visit.

The North Atlantic hackathon was the start of what will hopefully develop into products and solutions that benefit the entire North Atlantic region. Now it is up to the teams from the seven participating countries — Canada, the US, Iceland, Faroe Islands, Greenland, Norway and Scotland — to run with their ideas.

The hackathon was organised by: