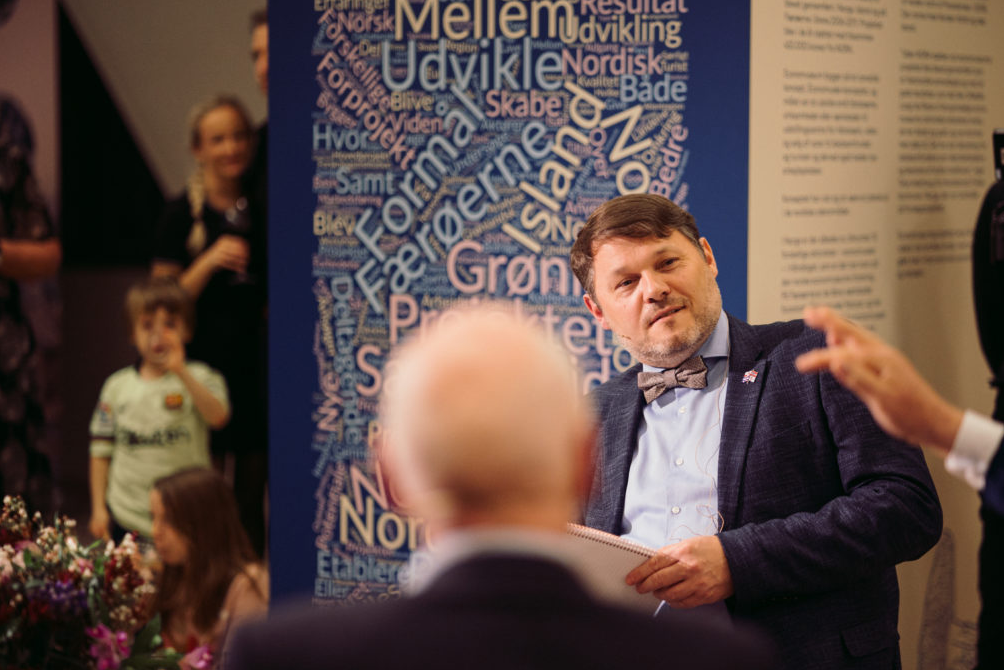 Size does matter: expanding ties for a stronger North Atlantic 

During the 2021 Arctic Circle conference in Reykjavík, senior NORA advisor Jákup Sørensen was invited to give his perspective on the future of relations in the North Atlantic.

NORA was established 25 years ago this year to in order to include what today are the three northernmost counties of Norway in what had been an association of the countries of the west Nordic region — Iceland, the Faroe Islands, Greenland. Today one of the organisation’s main activities is to sponsor projects that involve partners in multiple members.

As an example of the impact of NORA’s work, Sørensen described how communities as geographically distant as Qaqortoq, in southern Greenland, and Vadsø, in extreme north-eastern Norway, have worked together on projects.

“Despite being separated by a distance of 3,500 kilometres, these are neighbours that see they have things they can cooperate on,” he says.

In part, this is possible because all of NORA’s members see the ocean area they all border not as a barrier but as something that connects them and has resulted in shared traits — and, in many cases, similar problems.

But, conscious that their location in the northern North Atlantic places its members on the periphery of the Nordic region, NORA itself has from the start sought to cultivate ties with its nearest neighbours, which it defines as eastern Canada, the state of Maine in the United States, Scotland and its northern islands, as well as Ireland.

Doing so, according to Sørensen, gives the countries more of a say when what national capitals or Brussels exercise what he described as “metropolitan imperialism” (think of the EU when it makes decisions that have an effect on countries that aren’t members, and that have an impact at the local level in these areas).

“We are peripheral, and that means we are forced to look at the world through lenses that are formed in Brussels or in Copenhagen,” he said. “What they decide affects us. For them, the things they are dealing with are international relations, but, for us, they are local issues that relate to our livelihoods or traditional activities.”

Just like relations amongst NORA’s members are driven more by shared concerns than distance, expanded ties between NORA and motivated by a feeling of being overlooked by further up in the political system.

“I think we are affected in a similar way by decisions that are taken far away as they would be in Maine, or in Orkney or in Svalbard,” Sørensen said. “We have a lot of things in common, and the projects we work on together could allow us to look at our issues through our own lenses.”

When NORA approaches a potential partner, the response, Sørsensen said he finds, often depends on how peripheral they find themselves. His work establishing ties in relatively content Ireland, for example, remains on the “personal level”, while in Scotland, Brexit has generated more interest amongst decision makers in relations north.

Similarly, in his experience, the further out on the periphery of a country NORA goes, the more likely he is to find interest. Particularly given the relatively small scale of its activities (Project funding, for example, tops out at 500,000 Danish kroner, or about £50,000, per year.

“The first time we went to Edinburgh, they served us a cup of coffee and listened politely, but £50,000 wasn’t that much for them in the grand scheme of things. So we went on to Inverness, to the headquarters of the Highlands and Islands Enterprise. And we told them what we could offer, and we got a cup of coffee — and a biscuit. Then we went to Orkney, and there they treated us to dinner were like ‘Wow! We can do a lot with £50,000.’”