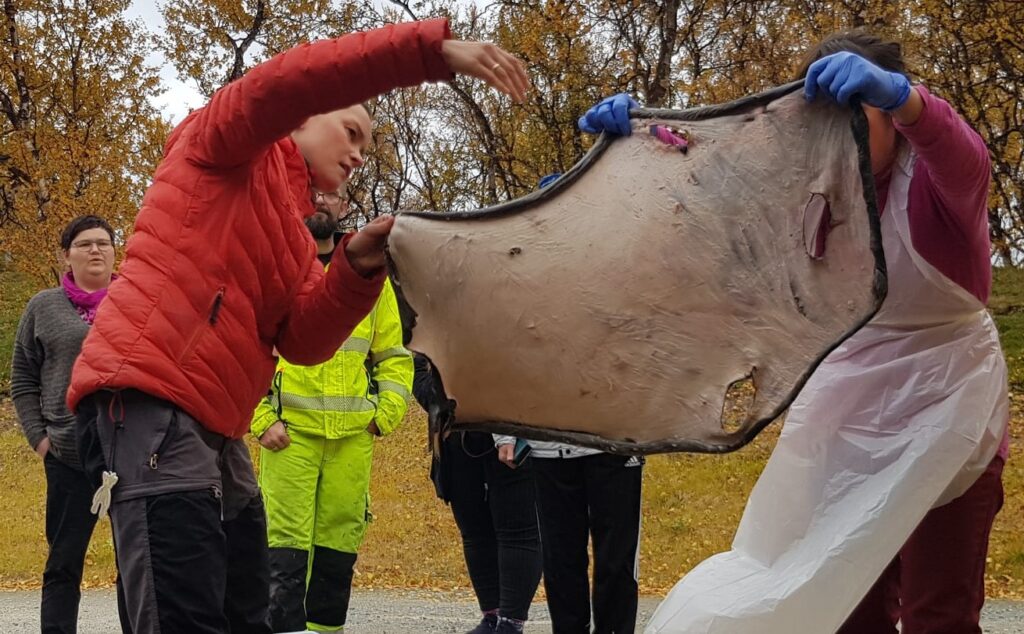 Mention seal as biological resource, and the Inuit communities of North America and Greenland will come to mind.

Both traditionally and today, the seal is closely tied to the survival of Inuit communities. But what is quickly being forgotten, according to Andreas Hoffmann, is that seals were once a crucial resource for indigenous and non-indigenous communities throughout the northern part of the Nordic region and north-western Russia.

“About 20 years ago, it was even still common in the Gulf of Bothnia to place a seal head on a pole in front of your property to protect it from bad ghosts,” Hoffmann, an author and the head of an organisation called the Arctic Culture Lab, said during a panel about the blue bio-economy organised in part by NORA during the 2021 Arctic Circle conference.

Through his work with the NORA-funded Seal and the Coastal Sámi project, Hoffmann has uncovered a host of connections — from placenames in Norway and legends in Iceland to the use of sealskin to make sporran, the purse that is a part of Scottish Highland dress — that confirm that the seal was long a resource far beyond Inuit communities.

“It’s a cliché to think they are the only ones who used seals,” he said. “Seals were a part of the culture of the entire North Atlantic.”

The importance of seal declined first as western influence spread in indigenous communities, and today has disappeared almost entirely in Europe thanks to anti-sealing campaigns, according to Hoffmann. But, in a world that is increasingly rediscovering the value of local resources, the seal, he argues, is an obvious choice for northern coastal communities, given their large numbers, the nutritional content of seal meat and the durability of their hides.

“In Norway, people are permitted to hunt seals, but no-one does. So, if you have hundreds of seals living off the coast you have a resource that is going to waste.”

Without knowing it, the people of the North Atlantic who turned to seals and other maritime resources to survive were a part of what we today would call the blue bio-economy.

And while projects like the one Hoffmann started look to revive forgotten traditional activities, others are seeking to develop entirely new industries based on the region’s natural resources.

Perhaps the best-known of these — and to date one of the more successful — is Ocean Rainforest. Founded in 2010 with funding from NORA, the Faroe Islands-based firm cultivates and harvests seaweed, primarily for use as a component in consumer and industrial products.

Magni Arge, the Ocean Rainforest chair, described the company as a “sustainable and regenerative” business, but explained that this isn’t at odds with being profitable Indeed, Ocean Rainforest has recently expanded operations to the US and identified potential locations in other parts of the world where seaweed can be harvested commercially.

As a young firm in an emerging industry, Ocean Rainforest relies heavily on research and development to refine its operations. And this, according to Anna Karlsdóttir, a senior research fellow with Nordregio, a research institute, is typical of the way modern bio-economy businesses operate. And it is precisely this profile that makes them attractive to young people interested in putting their education to use in the home regions.

To date, there is little evidence that new, non-traditional business activities can play a role in developing rural economies, according to Karlsdóttir, but she reckons that if they are to be successful they must focus on turning ordinary biological resources from the sea or shore into higher value products.

“It remains to see how it will turn out,” she said, “but there is considerable potential for job creation.”